We are proud to be partnering with a number of laboratories around the world for the validation of virusPHIX+™ as a viral transport medium for SARS-CoV-2 testing.

A recent study from the Roslin Institute in Edinburgh, UK concluded that virusPHIX+™ inactivates SARS-CoV-2 in as little as 10 minutes when treated at a 1:1 sample to reagent ratio at room temperature. Under these conditions, a 10log6 reduction inSARS-CoV-2 virus titre was recorded: 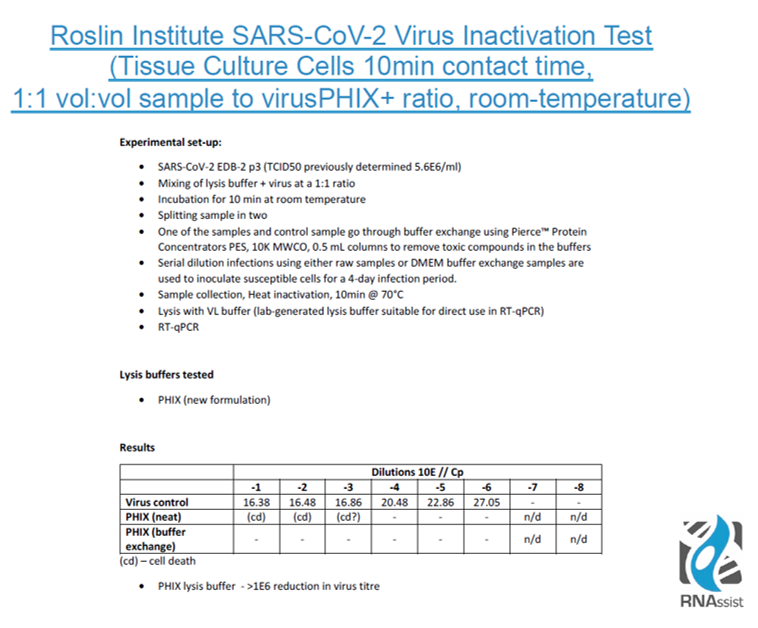 Another independent study by Qnostics UK demonstrated that virusPHIX+™ stabilises SARS-CoV-2 virus RNA for at least 33 days at 20ºC. Sputum samples spiked with SARS-CoV-2 RNA were analysed over 33 days, and the Ct value was compared with virusPHIX+™-treated samples and control (no stabiliser added): 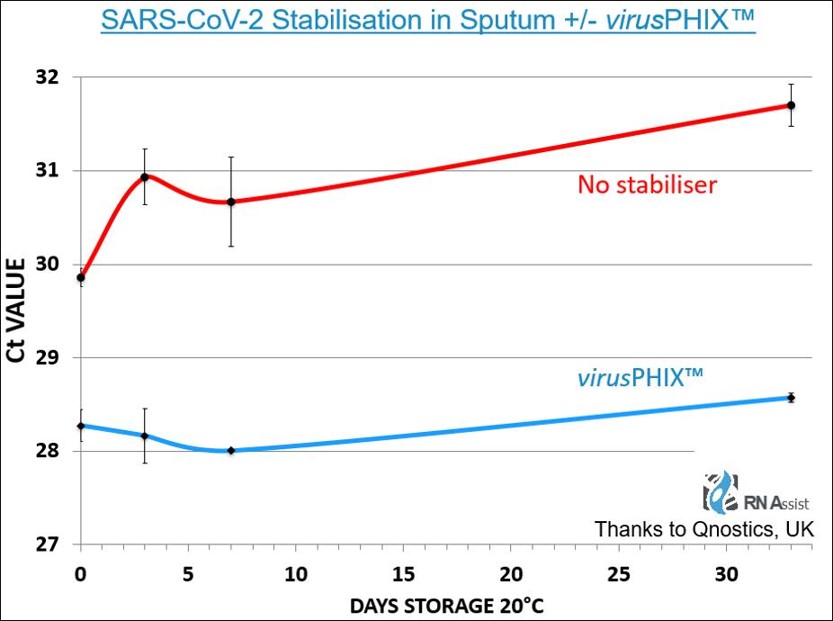 Behind the scenes, Rapid Labs and RNAssist are working extensively with a number of other laboratories around the world to gather further data to support successful inactivation and stabilisation of SARS-CoV-2 for COVID-19 testing. virusPHIX™ has a significant amount of benefits over other viral transport mediums including:

If you are interested in working with us on SARS-CoV-2 validation with virusPHIX™ please contact us at rnassist@rapidlabs.co.uk.