The QCMD SARS-CoV-2 Antigen EQA Pilot Scheme will consist of both positive and negative whole inactivated SARS-CoV-2 in virusPHIX-P9™ and will allow the performance assessment of applied clinical laboratory antigenic tests as well as rapid antigenic tests such as lateral flow assays used within public health practice. Further information can be obtained via the QCMD website.

RNAssist and Rapid Labs have developed virusPHIX-P9™ as a universal Virus Transport Media (VTM) specifically for the safe transport of clinical swab and saliva samples to testing labs as well as for EQAs and molecular controls. virusPHIX-P9™ is the only VTM that inactivates virus and stabilizes nucleic acid, which can also be used directly for Lateral Flow and PCR tests. More information can be found here.

“The use of virusPHIX-P9™ in QCMD’s latest SARS-CoV-2 antigen EQA pilot scheme will allow us to further evaluate the full potential of this novel and innovative reagent. Stated Paul Wallace, QCMD Executive.

virusPHIX-P9™ and all RNAssist reagents are manufactured and distributed globally by Rapid Labs Ltd. For more information please contact us at rnassist@rapidlabs.co.uk. 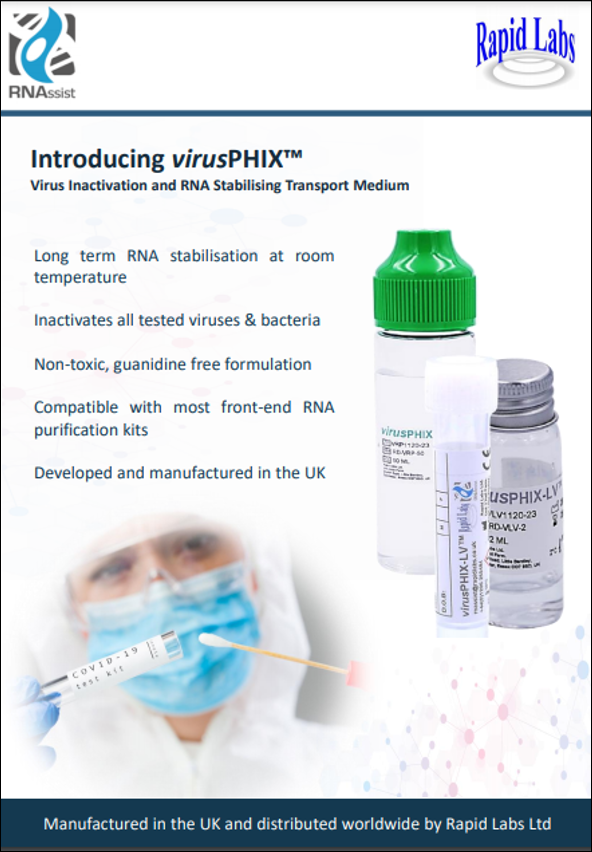